The number of children regularly missing school during the first term of the 2021-2022 academic year has reached almost 1.8 million, according to BBC.

There is a growing concern around the increase of absences, suggesting that children never fully returned to lessons following the national lockdowns during the Covid-19 pandemic.

According to Dame Rachel de Souza there is an urgent need to identify children most at risk and the reason behind their absences, as investigations bring concerns over vulnerable group of children.

"I'm worried about children missing education but also safeguarding and helping those who most need to be back at school to be back."

To tackle the absences, there have been an increasing number of fines handed out to parents by schools, totalling £3.7million for the school year so far, according to a BBC report. Parents whose kids are regularly absent from school and fail to show cooperation and willingness to encourage the kids to attend school, are faced with a £60 fixed penalty notice, rising to £120 if not paid within two weeks.

The reason behind the absences varies, with some families facing "heart-wrenching" struggles, according to Katie Coates who works with families to encourage kids to attend school.

To read the full BBC report, visit the BBC website. 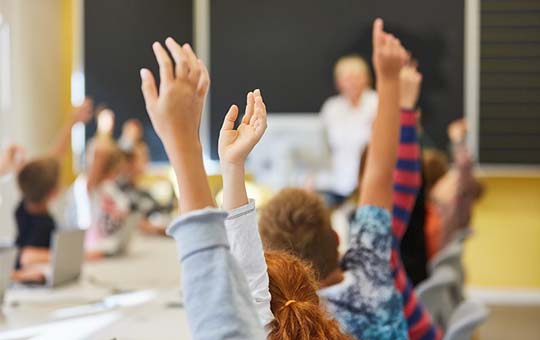 This website uses the latest web technology and your browser doesn't support those technologies at this time.

Please update to Chrome, Firefox, Edge or Safari (on Mac) to view the full experience.

Register to receive email updates about events relevant to you, delegate discounts and free places.